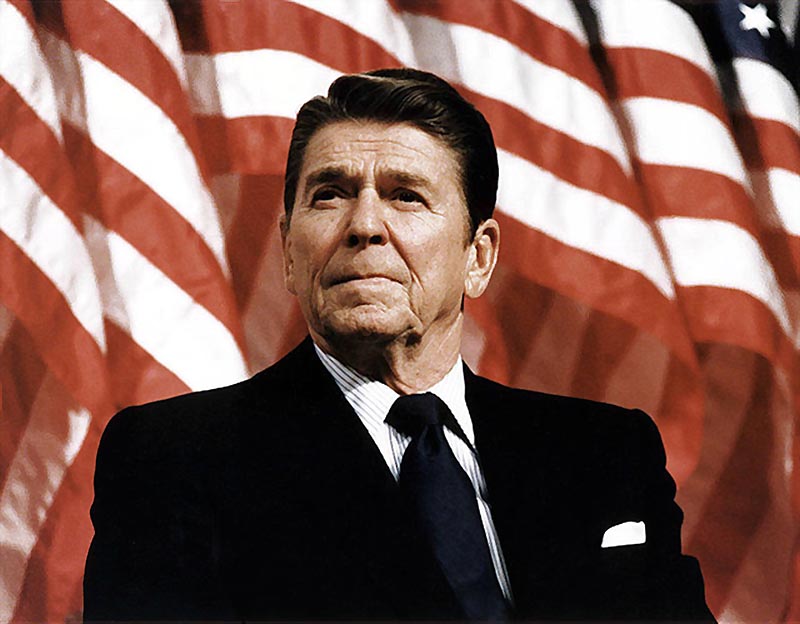 American President Ronald Reagan sent out a clear challenge to Mikhail Gorbachev (the Soviet Leader in 1987) to bring down the Berlin Wall. The wall was symbolized for the repressive Communist era at the time of a divided Germany.
When Germany was defeated in World War II, the German capital city of Berlin was divided into four quarters in 1945. The French, British controlled the western region, and the Americans, whereas the eastern region was under the Soviets. The western sections combined in May of 1949 and created West Germany or the Federal Republic of Germany.

In October, East Germany was also formed and was also known as the German Democratic Republic. The border was closed in 1952 between the two countries, and in 1953, if any Eastern German left the country without permission, h was prosecuted at the spot.

To stop the people escaping from East Germany to West Germany, the East German government built the Berlin Wall in August of 1961. An estimated 2.5 million people fled from the eastern part to the western region and lived a less repressive life before the wall was built.
Addressing a crowd in West Berlin in 1987 with the wall in the backdrop, President Reagan said, “There is one sign the Soviets can make that would be unmistakable, that would advance the cause of freedom and peace dramatically.” The President continued with his historic speech and asked his Soviet counterpart: “Secretary-General Gorbachev, if you seek peace–if you seek prosperity for the Soviet Union and Eastern Europe–if you seek liberalization: come here, to this gate. Mr. Gorbachev, open this gate. Mr. Gorbachev, tear down this wall.” After this speech, Reagan took many steps and asked Gorbachev to reduce arms and accept his invitation to talk with the United States for arms reduction.
Reagan’s speech was considered as a historic step in peacekeeping as he appealed Gorbachev to take a fresh start and negotiate on nuclear arms reductions.

Despite the Soviets’ public stance about them and the West in a new relationship, the Americans were interested in reducing the tensions of the Cold War. This speech also discussed the coming events that brought joy for the people of Berlin two years later.

The wall was broken down on November 9th, 1989, and both the parts of the Berlin were again reunited while Germany announced its official reunion on October 3rd, 1990.

In 1991, Gorbachev left his leadership post after six years while Reagan remained President for two consecutive terms from 1981 to 1989. When Reagan was 93 years old, he left this world on June 5th, 2004.