When the white politicians were compromising on slavery for their career, Abraham Lincoln put his foot down and said no.

Many people believe that Abraham Lincoln was talking about political division when he said, “a house divided against itself cannot stand.” Issues like abortion and immigration may bring out different views from the American folks.

Still, the division a country suffers from slavery is unparalleled – just like America experienced in the 1850s. The division was so vivid that civil war was feared to break out, which unfortunately was somewhat started by Lincoln himself unintentionally.

Lincoln drew his famous “house divided” line from the Bible when he was delivering a campaign speech in Illinois at the Illinois Republican State Convention in 1858. Back then, Lincoln was just rising in the steps of politics and had succeeded in running against Stephen A. Douglas – one of the most prominent politicians in America – for the U.S Senate.

Author of many books about the Civil War and slavery, Eric Foner, who is also a professor of history at Columbia University, thinks that Douglas was basically looking for a mutual ground between the South and North so that he could someway comprise the slavery issue.

In the famous speech, Lincoln talked about the Dred Scott Decision made in the previous year. It allowed slavery to be exercised legally in the North. In contrast, it will also be allowed in any territory where the U.S expanded. According to Lincoln, if America wanted to be a free country in real meaning, the folks should act now, or it will be too late.

Here is what Lincoln said in the speech in his own quoted words.

”No, there is no compromise, You’ve got to be on one side or the other. I’m on the side of freedom, and Douglas … is on the side of slavery. A house divided against itself cannot stand. I believe this government cannot endure, permanently half slave and half free. I do not expect the Union to be dissolved—I do not expect the house to fall—but I do expect it will cease to be divided. It will become all one thing or all the other.”

According to Allen Guelzo, the speech made by Lincoln got the attention of the Republicans. Guelzo is an of many books written about Lincoln and the director of the department of Civil War-era studies at Gettysburg College. He believes many people thought that the speech had done too much work in a short time.

Guelzo thinks that people immediately reached the point where they collectively gasped as deep down they also believed that this issue will lead o a civil war and that the mention of civil war is something that is coming next out of Lincoln’s mouth.

However, Lincoln’s perspective for this statement was different. He believed that no country can be collectively called a country if half of it is in slavery while the other half is free and considers the entire country to be free. He made it clear in his very next sentence of the speech that it is not necessary that the Union will dissolve.

According to Guelzo, nobody listened to his 2nd sentence and focused on his “House Divided” bit. They assumed that Lincoln was talking about a civil war to be the only way to free the slaves and make America a free country. This assumption was fanned by Douglas against Lincoln, and he made it look like Lincoln was suggesting war against Douglas. 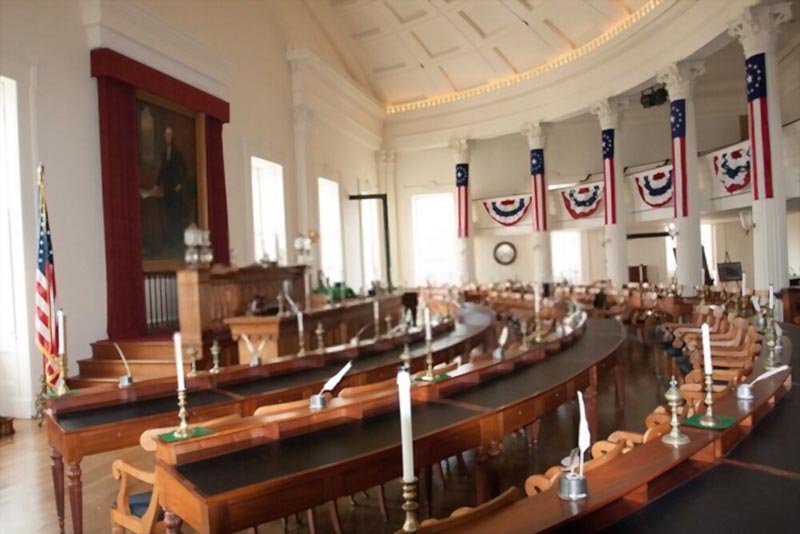 Guelzo says. “I think that there’s a fairly good argument to be made that the ‘house divided’ speech ended up hurting Lincoln in the 1858 election and was one reason why he lost, because it made him sound too unacceptably radical on the subject of slavery, even to people who were opposed to the extension of slavery … but they really didn’t wanna have a civil war over it.”

Yet, it was Lincoln who emerged with prominence from this campaign. The “House divided” bit was not heard by many people at his first speech, but he advocated the argument in the coming months. He made many campaign speeches and had a series of famous debates with Douglas, which helped him build his narrative.

It was this campaign that America recognized the abilities of Lincoln and made him confident to run for the Republican presidential nomination. In 1860, the people made him president. Within a short time of this victory, his famous speech played a role of a prophecy, and the war was waged by the southern started on the Union.

The civil war was fought – lives were lost – and ultimately, abolishing slavery was also accomplished in 1865. The civil war was never Lincoln’s intent. It was merely the use of words and assumptions made by the people that changed his speech into a prophecy for the Civil War.