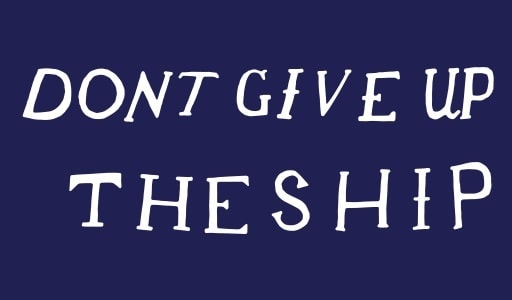 The American Navy was a small power at the beginning of the 1812 war, yet it out did many enemy ships in face to face combat. The Navy even captured 3 British frigates. The American folks were very impressed by this little set of achievements, but the British were not very happy with it. They believed the American fleets were no match for British warships and sailors.

In the same war, a memorable moment came into light on the 24th of February, 1813. James Lawrence, an American Navy officer, used his warship to sink a brig-sloop called Peacock within 15 minutes and also engaged more than 25% of its crew to death or injury. As a reward, Lawrence got a promotion to the rank of Captain and became the commander of a frigate parked in Boston called Chesapeake. Chesapeake, at that time, was given the duty of capture and destroy any British transport ship and supply vessel going to Canada from England.

Lawrence reached Boston on the 20th of March to take over Chesapeake, and he found out that his ship didn’t have enough crew members. Also, there were some pending reinforcing fittings on the ship before it could sail. Meanwhile, news arrived that a couple of British frigates are moving around in waters outside Boston Harbor and looking for a feud with any American sailing vessel moving across the port. By the 25th of March, one ship had left, and only Shannon (the British warship) was still hanging around near the harbor.

Lawrence was energetic from his 15-minute victory against Peacock and wanted to get into combat with Shannon as soon as possible. Before Chesapeake could complete its needed reinforcing, Lawrence decided to head out and fight Shannon. Shannon and Chesapeake were almost equal in power and size, but the Shannon was captained by Philip Broke for the past seven years, and the sufficient crew members were highly trained in combat, especially gunnery. Lawrence, on the other hand, had only two weeks to prepare and coordinate with his crew.

This difference in experience turned the odds in favor of Shannon and Chesapeake had to face defeat. Lawrence put up a tough fight against Philip Broke in the beginning, but within 15 minutes, things were clear. The British Captain earned a Knighthood award, and Lawrence got famous for his bravery as a fallen naval hero. Lawrence’s last command as Captain of the ship went on to be remembered as a brave battle cry in the American Navy. The command became so iconic and influential that Oliver Hazard Perry engraved it on his battle flag while fighting the Battle of Lake Erie.

Lawrence’s last command as the Captain of Chesapeake was “Don’t Give Up The Ship.”