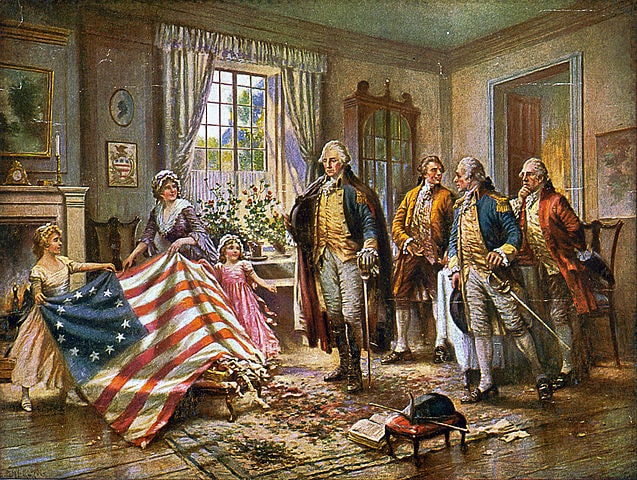 Betsy Ross – When it comes to the details of the American Revolution Betsy Ross is famous for being the creator of the 1st American flag by personally sewing it. Ross is considered to have helped George Washington in finishing the flag’s design. Although historical evidence depicts a story contrary to this one, her version of the story has paved the way for her to become a national icon.

Betsy Ross’s original name was Elizabeth Griscom and she was born in New Jersey on January first, 1752. Her father – Samuel Griscom was an excellent carpenter and owner of an old farmhouse. Ross had sixteen siblings, but only 9 made it into childhood. Rebecca Griscom was her mother, and they moved to Philadelphia, Pennsylvania, when Ross was three years old.

The Griscoms were followers of the Quacker religion, and Ross even attended a Pennsylvanian traditional Quacker school. After school, she started an apprenticeship with John Webster, who was a famous upholsterer. Soon Ross became an expert at making and repairing different items like rugs, bedcovers, tablecloths, and curtains, etc.

While working there, John Ross – another apprentice working in the same place – stole her heart. His father had been an Assistant Rector for Christ Church, which was another religion for Quackers. Followers of the Quacker religion were not allowed to marry anyone who was not a Quacker, which was a problem for Betsy and John. 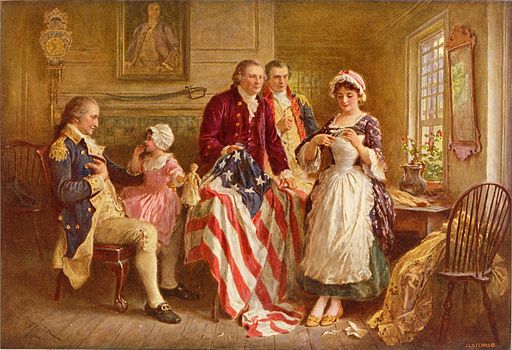 The couple decided to run away, and on November fourth, 1773, they went to Hugg’s Tavern, New Jersey, and settled there. Betsy Ross was no longer a member of the Quacker religion, and her relation to her family was also finished. The couple became a member of the Christ Church and established an upholstery business in Philadelphia, which soon became very successful.

In 1774, the business was reported to have made bed hangings for George Washington. While working as a member of the Pennsylvanian militia, John Ross died after staying married to Betsy Ross for three years. She became a young widow at the age of 24 and continued to look after the business.

She went on to deal in tents, uniforms, and even Continental Army’s flags as well. Her grandson once gave a speech to the Historical Society of Pennsylvania many years after her death. He said that George Ross, Robert Morris, and George Washington paid a visit to Betsy Ross in her shop in 1776.

The men had visited her to make a flag, and they had a rough sketch designed on a piece of cloth. It had 13 white and red stripes along with 13 6-edged stars. Betsy Ross gave them a suggestion that as the stars with 5 points are straightforward to make, the 6-edged stars can be replaced, and hence the flag will be prepared sooner.

The three men agreed to her suggestion, and there is a story of Betsy Ross teaching them how the star was made as well. It is believed that the US Flag was made by Betsy Ross soon after meeting with the three men in her shop. Life continued, and Ross kept working in her shop.

On June fifteenth, 1777, Ross got married to her 2nd husband, Joseph Ashburn. The couple had a daughter who died in her 9th month in this world. Her husband was a merchant sailor, and his 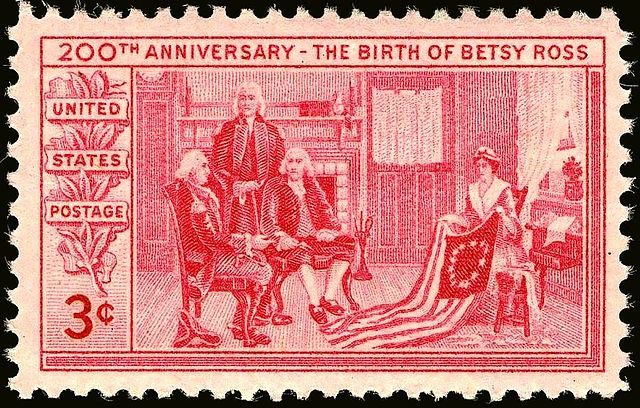