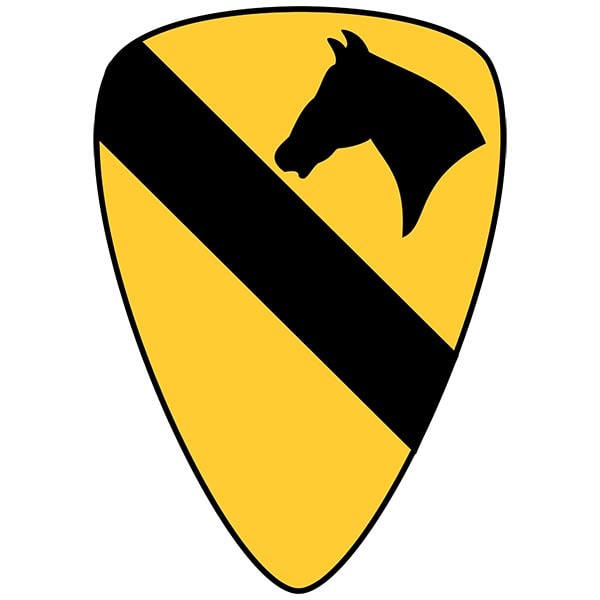 The biggest cavalry battle in the American Civil War was fought at Brandy Station, Va on 9th June 1863. The Brandy Station was also known as Beverly’s Ford and Fleetwood Hill. This battle pointed towards the rise of another cavalry army – Army of Potomac in the eastern theater – that could equal the “Invincibles” lead by Ge. Jeb Stuart’s.

This station got its name because of the apples of the brandy family. Travelers passing through this area were served with these apples and hence the name Brandy Station. Before this, it was a stagecoach stop and served as a train station from 1856 on the Orange and Alexandria railroad. The area had an open plain surrounding that served as an iconic and ideal battlefield for a cavalry war in the Civil War.

The horse force displayed their might as different beauties. They began with a normal ride in the field and all of a sudden they gushed into a mock charge while raising their fierce war yells. They drew their sabers and increased the momentum to such an extent that the wives of the army officers nearly fainted in fear. Everyone at the scene – the officers, their wives, the officials – were mesmerized when the cannon was fired and its smoke turned the battlefield into a romantic scenery filled with colors of celebrations.

Meanwhile, Gen. Robert E. Lee was busy planning how he shall lead his army of Northern Virginia in an offensive campaign towards Pennsylvania. When he was done with his planning, another display of the same magical power show was arranged for him on 8th June 1863. The save the supplies of ammunitions, this display was rather toned down and also did not include the cannon firing and the fierce mock charge of the cavalry. The cavalry rode past the General in neat ranks with the number of riders also reduced for others to rest.

Although this display was not as fantastic as the previous one, Lee’s wisdom helped him understand that Stuart was in his full glory and he was in the perfect shape to lead the gigantic cavalry. His lavish gallant mount and the black hat with a single tall feather from an ostrich – Stuart had all the confidence he needed.

As Lee and Stuart felt confident in their power, some undetected guests were observing them from only five miles away. A large infantry and cavalry force was silently and secretly organizing themselves above the River of Rappahannock. With an infantry power of 3,000 men and 8,000 mounted troopers, this force was lead by Gen. Alfred Pleasonton and belonged to the Union Army of Potomac. The army had planned to launch an attack at dawn on the Southerner rebels.

Lee ordered his men to arrange a scouting party across the Rappahannock River in the morning. They were unaware of the fact that it is going to be themselves who will be surprisingly attacked in the morning. Men and horses in Stuarts’s cavalry force were tired from the power show done for Lee and had camped at Brandy Station.

On the next morning, nature played its card and a thick gray fog arose from the river. It provided an unexpected yet perfect cover for the battle-ready warriors of Pleasonton’s army. They had the reins of the horses in their hands while they were sleeping and had no campfires in the night to stay undetected. At 04:30 am, the blue Union Army crossed the ice-cold river plunging at Beverly’s Ford and swung their magic wand.

The attack was so sudden that every single man in Lee’s army was unprepared at that moment. So sudden that none of them could even sound the bell or at least shout “Yankees!!”. Lee’s cavalry was flabbergasted by the sudden charge and it rushed into battle with an incomplete uniform. The mounted soldiers were sleepy and were forced to defend themselves in Red Indian style with barebacks and any weapon they could lay their hands on.

Although the attack created a big cloud of dust Stuart’s men quickly regained their confidence and started to make formations to ward off the attackers. They showed extreme self-discipline and slowed down the thrusting cavalry along with the Union infantry. They took turns in blocking the attacks while looking for their backs as well.

Unfortunately, this buckling up was not helpful for long because there was another giant column of Union Cavalry reached the back of Stuart’s army. It organized itself on a slope near Fleetwood Hill – the same place where Stuart’s headquarters were previously pitched.
The Fleetwood Hill had a very big role in the battle as it housed multiple attacks from the Union Army and the Confederates tried multiple times to win it over. Such competition for a hill was never seen in the history of the entire Civil War because cavalries usually enter a battle mounted and then continued dismounted.

Gen. Lee appreciated both the fighting sides as he was watching the battle from a house nearby. A participant in the battle describes the dramatic situation of the battle in the afternoon in these words. “The whole field surrounding the hill [i.e., Fleetwood Hill] was a mass of rearing horses, clashing sabers, and dust so thick, it was hard to distinguish blue from gray.”

At last, the Union cavalry came of age as it was backed by days long horsemanship, and shiny protective gear was covering the troops. The Confederates finally won over the Fleetwood Hill as it was desperately fighting for it. Pleasonton decided to order his men back to Rappahannock River in a calm way as he had realized that the massive raid from the rebels in the north was ending. Many men died on both sides. 523 Confederates lost their lives and the Union army lost 69 men with 352 injured and 486 were captured.

This battle hit Stuart a hard blow in the newspapers as the “puffed up” cavalry was unable to foresee the surprise “review” from the Union Cavalry and infantry. He thrived to regain his honor in different adventurous journeys, however, different military consequences were waiting for him down the road.